Picture this: it’s the holiday season and you’re in a new relationship. You’ve been divorced for a few years, are dating someone new and considering introducing your new partner to your son. If this sounds familiar, you are not alone. This is one of the biggest struggles for single parents.

Questions I often get asked are: 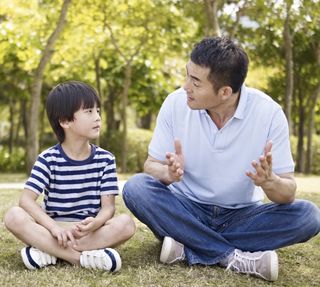 Deciding how to handle dating situations can be an issue in any relationship, and there are pros and cons to any approach. For example, it is often difficult to hide the fact that you are dating someone new, and childcare is expensive and not always practical.

Yet bringing another adult into your child’s life can lead to emotional attachments. While there are benefits to having adult role models outside of the family, especially for single parents, there are also risks. A break-up not only affects you, but it also impacts your child.

I often hear stories about this in my practice:

Barry is an eight-year-old boy who found out his father was dating a new woman by surprise. His father called him the night before picking him up for the weekend and told him there would be a “nice lady” in the house when he got there. Barry’s parents did not live together but had occasionally discussed getting back together. They also had game nights and dinners together, which he enjoyed.

He was upset about the new woman in his father’s life. “Now there is this new woman and she sat in my favorite chair. She was nice, but she was not like my mom.” When Barry told his mother about his father’s new girlfriend, his mother was furious. She had no idea their romantic relationship had ended and he was dating someone new.

A fight erupted between his parents which he witnessed. Later, instead of getting angry at his father for having a new relationship, Barry became angry with his mother and began to hit her. He couldn’t even explain why he was so angry at his mother when it was his father whose actions had caused the conflict. This made his mother feel victimized twice—first by Barry’s father, and then by her son.

So what do you do?

1. I believe it’s best to make sure a relationship has a good possibility of lasting before bringing your child into the equation. You can evade questions about dating until you are sure that your partner is the right fit for you, is of sound mind, and is ready to take on some sort of parenting role.

2. Introducing your new partner as a “friend” might be a white lie, but it is understandable later when you explain your reasoning. If your child asks a direct question, such as whether you are having sex with someone, in particular, you can say, “That’s an adult decision. I’m an adult, and I want to have some privacy.”

3. Do not bring your child into your dating life. The biggest problem I see arise in single parenting is that of switching roles. If a parent starts asking the child about what they should wear on a date, or reporting back on how a date went, the child is thrust into the role of a friend or parent. Not only does this undermine the parent’s authority, but it can be very confusing for the child.

4. Children should never be placed in the role of being the messenger to the other parent. Family attorney, Diana Adams, states that this “messenger” situation is one of the main reasons people end up in costly court battles. I have witnessed this firsthand.

5. In general, I am not a fan of co-sleeping for children if it can be avoided. This can cause many issues. It does not help foster intimacy (sex) for parents, and healthy parental sex life is a great benefit to children in the long run. It also can become an issue when the parents are ready for the child to sleep alone, especially if the couple divorces and then begins dating again. The child can be resentful of the new partner who they feel kicked them out of mom or dad’s bed.

6. Introductions to a new partner should be made in stages in neutral territory, and ideally, involve a structured activity. When it is time to introduce a new partner to your child, plan a fun activity like ice skating or visiting the zoo where everyone can be involved. The time frame should be limited, allowing the child time to process afterward.

7. Care should be taken to give your child a sense of control over the situations. When meetings take place in the home, it is important not to disrupt routines and rituals, but to allow the child to be part of the introduction. For example, the new partner might ask the child where they should sit, or inquire about the child’s favorite activities.

8. Most importantly, do not make the introduction during a time of crisis or emotional turmoil. It is important not to layer on more drama when your child is in a state of trauma. This will have the opposite effect and may cause more damage for them to endure in the long run.

More and more often, modern families need to adapt to new constellations of family members. Having another parental figure around is mostly a great thing: following some simple guidelines for introductions of new partners will make it easier for your child to be accepting of the new normal in your home.