Facebook’s annual F8 developer event kicked off today, and the company had a number of pretty big announcements. Among them was news of plans to build a dating platform directly into its mobile apps—news investors in Match Group, the owner of a whole lot of online dating services including Tinder and Match.com, didn’t take very well. As of this writing, the company’s stock is down more than 20 percent. 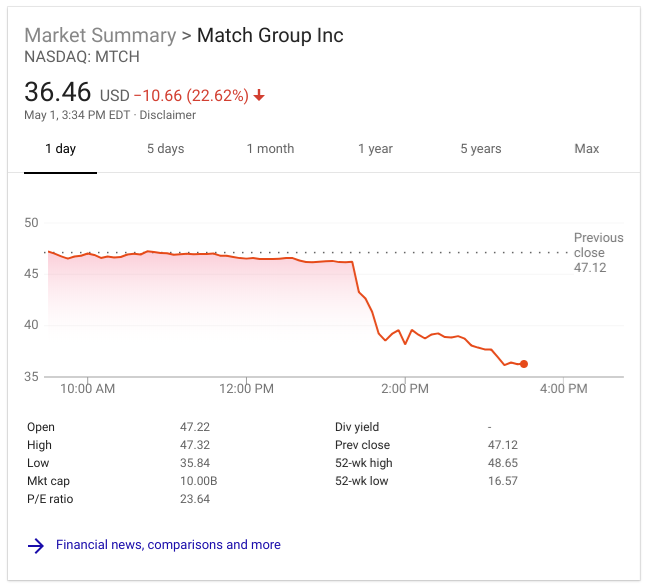 In addition to Tinder and Match.com, Match Group owns OkCupid and PlentyOfFish. A precipitous drop can be seen in Match’s price chart beginning at 1:20 p.m., Eastern, right around the time of Facebook’s announcement. The drop slowed about 20 minutes later, but the price has continued to fall, albeit more slowly.

Facebook Dating profiles will be separate from regular Facebook profiles, and dating activity won’t be shown to Facebook friends. Potential matches will be recommended based on a number of factors, including mutual friends on the social network. The service is still a while out; testing is set to begin “later this year.”

After a few months of testing, Facebook is finally ready to roll out Dating to a wide audience. Starting today, the service will be available to users in the US, as well as those in Argentina, Bolivia, Brazil, Canada, Chile, Colombia, Ecuador, Guyana, Laos, Malaysia, Mexico, Paraguay, Peru, the Philippines, Singapore, Suriname, Thailand, Uruguay, and Vietnam. An expansion into Europe will follow, but may take until early next year to happen. 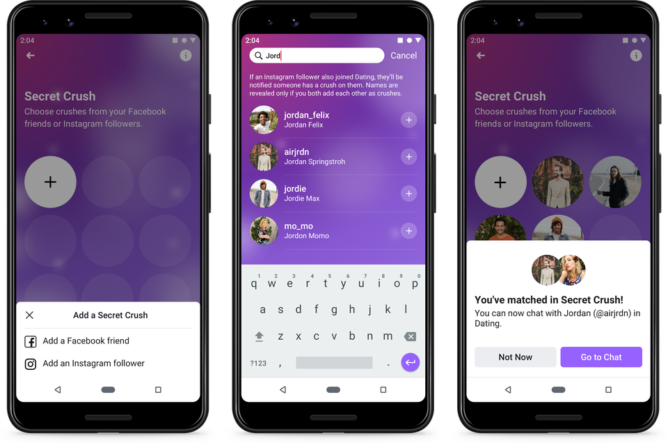 The opt-in Facebook Dating lets users set up new Dating profiles, distinct from their main Facebook profile. By default, users won’t be matched with their existing friend groups, though a “Secret Crush” mode does allow you to discreetly test the romantic waters without giving your feelings away. Instagram posts can already be added to Dating content, and support for Stories is coming soon.